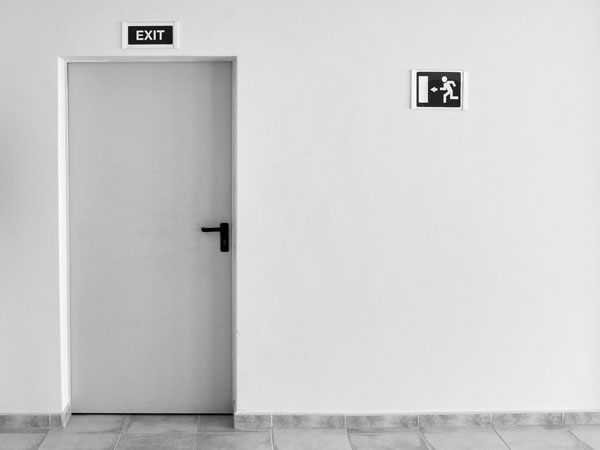 Hey folks, Nick here! In a post-Cambridge Analytica world, we have been fielding hundreds of questions about user data, privacy laws and how to become GDPR-compliant when it comes to your website.

In light of all that, it’s important to remind ourselves that we have to make it easy for folks to exit our digital spheres of influence. For example, if someone wants to unsubscribe from your newsletter, give them that unsubscribe button loud and clear at the bottom of every email. Actually, I was reminded to write this article because someone failed to do just that.

A Coldwell Banker real estate agent I had met at a networking event took it upon himself to add me to his newsletter without my permission (never do that). Apparently all Coldwell Banker agents send out the same “personalized” generic newsletter every week/month. So, I went to unsubscribe, but he had hidden his unsubscribe button in the middle of a bunch of other footer text, and the link was the same color as the rest of the text. When I finally found the button, I was annoyed, but when I clicked on it, I got mad. Clicking on his hidden unsubscribe link opened up a blank email – meaning, I had to email this guy if I wanted to be removed from his email list that I never asked to join in the first place. Now I want to fight, and Gmail has made it super easy to report and block spam email.

From a technical standpoint, Gmail now has it on record that I have manually reported this email and its sender as spam. Any email from this guy henceforth will never land in my inbox unless I request it. On top of that, Google will take my report and add it to their anti-spam systems/algorithms, potentially auto-blocking this guy for others. If other folks send email from the same system that he uses, it could possibly block them as well. This is one of the reasons MailChimp is so aggressive about their terms of service when it comes to spam.

From a branding standpoint, I want nothing to do with this guy, because the system he has set up for himself (or rather, failed to set up) doesn’t give me an easy exit from its less than impressive efforts. Whether he meant to or not, he tried to trap me in his auditorium without realizing that I can do a lot more damage to him this way than if he had given me an easy, simple exit.

And this begs the question, why? Why would you want to try and keep folks on your platform that do not want to be there in the first place? Sure, maybe it cost you some money to get an email viewer there in the first place, but that’s your fault, not theirs. You may have targeted the wrong kind of audience in your marketing campaign, and once they got there, they decided your platform wasn’t for them. Or, you attracted them to your platform but turns out you don’t have unique or useful content.  Or, they wandered into your auditorium randomly/accidentally and decided that it wasn’t right for them. It doesn’t matter why, just that they want to leave, so why try to trap them? It’s a waste of your time and gives you a false perspective on the size of the audience actually interested in your platform.  When it comes to your audience, authenticity and relevancy should always win over sheer numbers.

On the flip side of this topic, think about having a safety net measure in place on pages on your emails so that viewers can easily unsubscribe. Here are a few best practices for email unsubscribes.

So, to sum up, how people can leave your platform(s) is an important process to identify, plan and implement! Time to check your own unsubscribe button and discuss more best practices for email marketing.

Our records don’t go back far enough to identify just how many websites we’ve launched in the 10+ years of our agency’s existence, but let’s just say we know [...]

If you saw a McDonald’s with arches that were anything but golden, would you eat there? Or would you be a little suspicious? Consistency is one of the most [...]

Building a defined brand and reaching your audience with it is a difficult process. In some ways, this is made harder by the confusion surrounding the many terms that, [...]